"This book is to be neither an accusation nor a confession, and least of all an adventure, for death is not an adventure to those who stand face to face with it. It will try simply to tell of a generation of men who, even though they may have escaped its shells, were destroyed by the war." -- AQWF preface 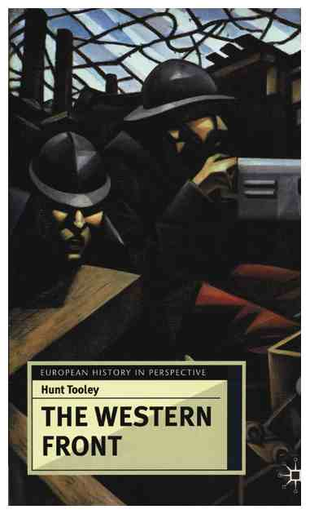 All Quiet on the Western Front is an anti-war novel written by Erich Maria Remarque, a German veteran of World War I. The book depicts the horrors of the Great War as well and the deep detachment from German civilian-life many young veterans felt upon returning from the front. The novel was first published in a German newspaper, November - December 1928, and then as a book in late January of 1929.

Narrated by character Paul Bäumer through a series of memories and tangent thoughts, the novel follows Paul and his comrades as they fight, sleep, eat, defecate, cavort, reminisce, woo, mourn, and die on the French war front. Alternating between scenes of respite and levity and scenes of gruesome destruction, Remarque’s writing asserts, as do his pragmatic young characters, that war is not an abstraction and in practice, there is nothing noble about it, and very little that merits it. War is wholly destructive and utterly meaningless. The young, but seasoned, soldiers feel isolated from their civilian lives, and know that while they struggle to survive, should they outlive the war, there will be nothing for them to return to.

The book asserts over and over again three things:
The characters are ever-conscious that their experiences in the war have changed them and what they once considered home. Paul repeatedly describes the soldiers as something less than human: animals, automatons, bushmen, arguing that war changes them in a way it is difficult to come back from. He names not just the German soldiers but ALL the soldiers of WWI as the Lost Generation. Among the soldiers there is a deep distrust of the older generations who began and orchestrate the war (out characters were urged and bullied to enlist by parents and teachers; they were told they were the “Iron Youth” propaganda that falsely promises they are invincible).

The novel’s prose continuously contrasts images of life and nature against images of destruction and death. In a narration that is primarily coolly detached like a news report, look for moments of empathy and shared experience across the boundaries that mankind constructs. Throughout the book Paul demands that the reader not judge him and his comrades too harshly for being pragmatic about fellow soldiers’ deaths as the living must still survive.
​

For archived interviews with WWI soldiers as well as a sample of photographs and artifacts, visit the Imperial War Museum here

Life in the Trenches

Something to Look For

Paul asserts that the book is not a confession, but in a lot of places it does turn into a defense – a preemptive defense should anyone fault them for their actions and countenance. Paul continually explains the necessity for the animalistic automaton state the soldiers instinctually convert to, assuring readers the emotions of fear and grief and loss and compassion are there, but deep below where they cannot easily get at them and eat away at a soldier’s resolve. Why this resolve? Where is this coming from? We must not forget Mrs. Kemmerich’s charge, “Why are you living and he is not.” This is what the soldiers fear, both from the people they return to and from themselves, which is where the emphasis of chance comes into the narration. That so much relies on chance is maddening for the soldiers – they have very little control over their circumstances and it demands the men react on instincts, reverting to a more natural form of being – but it does help with the defense against not protecting their comrades. They do when they can. Paul carries Kat, Paul covers the recruit with a helmet, they hold onto the recruit who wants to run out into the bombardment, they train the recruits for what to listen and watch for, they take away the bayonets that will get them killed, they warn about smoke and help with gas masks, they share food and supplies, and they talk to and comfort each other. These moments are not stressed or highlighted. Paul does not make a point to stress these instances. But they are there. And that he cannot recognize their own humanity is one more of the deep losses in the war.

1. All Quiet on the Western Front paints a picture of war that is full of terrifying, grotesque details in an attempt to persuade readers of the horrors of battle. Portrayals of war in other books, however, as well as in films and on television, often ignore the more painful side of battle to glorify fighting. Debate the ethics of how war should be depicted—not only in literature, but also in other art forms.

3. Analyze whether there are any heroes presented in All Quiet on the Western Front. What is the nature of their heroism? Are there any villains in the novel? What makes them villainous?

4. Hitler banned All Quiet on the Western Front at the beginning of World War II and had copies of the novel burned. Although it is easy to condemn his acts of censorship, this may not always be the case. Is there ever justification for censorship of antiwar material? Debate the right of a government to censor certain types of antiwar media when the country is involved in a full-scale war.

5. Discuss the possible statements that Remarque might have been making by the ironic way he kills off the characters of Kat and Paul—veteran soldiers who survive many terrible fights but end up dying anyway when they aren't in battle.

6. World War I was known as a “total war” because it involved the efforts of many civilians in addition to the military. Today, however, warfare can be drastically different. How would All Quiet on the Western Front be different if it were told from the perspective of a modern-day American soldier? What events would be different? What ideas and issues might change?